Miran asks for a second chance from Reyyan. Reyyan, who does not trust Miran, has remained in the midst of her heart and mind. Miran kidnaps Reyyan and Azat gets angry. Azat in turn abducts Gonul. He says if they don’t bring Reyyan back, he won’t release Gonul. Azat’s move brings two families face to face. 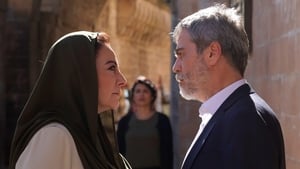